Almost exactly a year after an oil pipeline owned by Plains All American LLP ruptured and spilled at least 143,000 gallons of crude oil onto the coast at Refugio State Beach, Ventura residents awoke on the morning of Thursday, June 23, to yet another major oil pipeline spill. This latest regional oil calamity originated from an aging, 75 year old line known as the “V-10” which moves oil from Ventura oil fields to Los Angeles area refineries. The spill released roughly 45,000 gallons of crude—significantly larger than initially estimated—into the Prince Barranca in a densely populated area within the City of Ventura adjacent to Ventura High School.

EDC rushed that morning to the spill site but thankfully, this time the oil did not reach our coastal waters at Sanjon as initially feared, due to the quick response by emergency crews with Ventura City and County, California Department of Fish and Wildlife Office of Oil Spill Prevention and Response, and other agencies. However, this latest incident again illustrates the uncomfortable fact that future spills of oil from pipelines—the predominant method of transporting oil in California and statistically safer than truck, barge, or rail—are not a matter of if, but when.

While the only true way to prevent oil spills is to keep it in the ground and turn to renewable energy sources, the V-10 spill highlighted the need for numerous known measures industry and government regulators at the federal, state, and local government should take immediately to help reduce the risk of accidents. Some of these measures include the following:

After last year’s Refugio spill, EDC quickly filed Freedom of Information Act (FOIA) requests with federal regulators in the Department of Transportation’s Pipeline and Hazardous Materials Safety Administration (PHMSA) in an effort to learn more about not only the pipeline that failed, but other onshore pipelines within our service area. Like many others, we wondered: what other pipelines in our area are vulnerable to this type of disaster? And where? When PHMSA failed to respond to these requests, EDC brought litigation against the agency in federal court on behalf of itself and Santa Barbara Channelkeeper (we have also sued federal regulators at the Bureau of Safety and Environmental Enforcement for records relating to offshore oil pipelines in the Santa Barbara Channel).

Although we are still in court against PHMSA for its violations of FOIA, we have begun to receive some responsive records, including the oil spill response plan for the V-10 pipeline and other Ventura County pipelines prepared by Crimson Pipeline LLP, which has a history of spills and currently owns and operates all of the major oil pipelines in the County.

The spill response plan, however, is so heavily redacted that it offers almost no meaningful information, completely blotting out maps of pipeline locations, worst case scenario plans, and other information.

In essence, Crimson and federal regulators are telling local residents who have to live with the daily risk of oil pipelines in their backyard that any meaningful information about those pipelines is none of their business.

Also in the wake of last year’s Refugio oil spill, a Ventura County Grand Jury was asked to investigate whether a similar spill could happen in Ventura County, which as the state’s third largest oil producer, contains hundreds of miles of oil pipelines of various types and sizes, overseen by a complex tapestry of federal, state, and local governmental agencies.

The Grand Jury, not surprisingly, concluded in an April report that such a spill could indeed occur (and that many spills have occurred in the past) and made the modest recommendation that the Ventura County Board of Supervisors should prepare an annual summary of crude oil pipelines, with basic information including ownership and contact information, maintenance status, and contact information.

In May, the Board of Supervisors voted to direct staff to return to the Board with an analysis of the work effort and cost to prepare the annual report. The Board should expedite this process and immediately implement the Grand Jury’s recommendations, and also ensure that the information is available to the public online and kept updated.

As an intrastate pipeline, Crimson’s V-10 pipeline is primarily regulated by the State of California. EDC has worked to strengthen the state’s oversight of pipelines following the Refugio spill, and local legislators Senator Hannah-Beth Jackson and Assemblymember Das Williams successfully authored bills to strengthen inspection requirements, mandate the use of best available technologies, and identify new spill clean up methods. 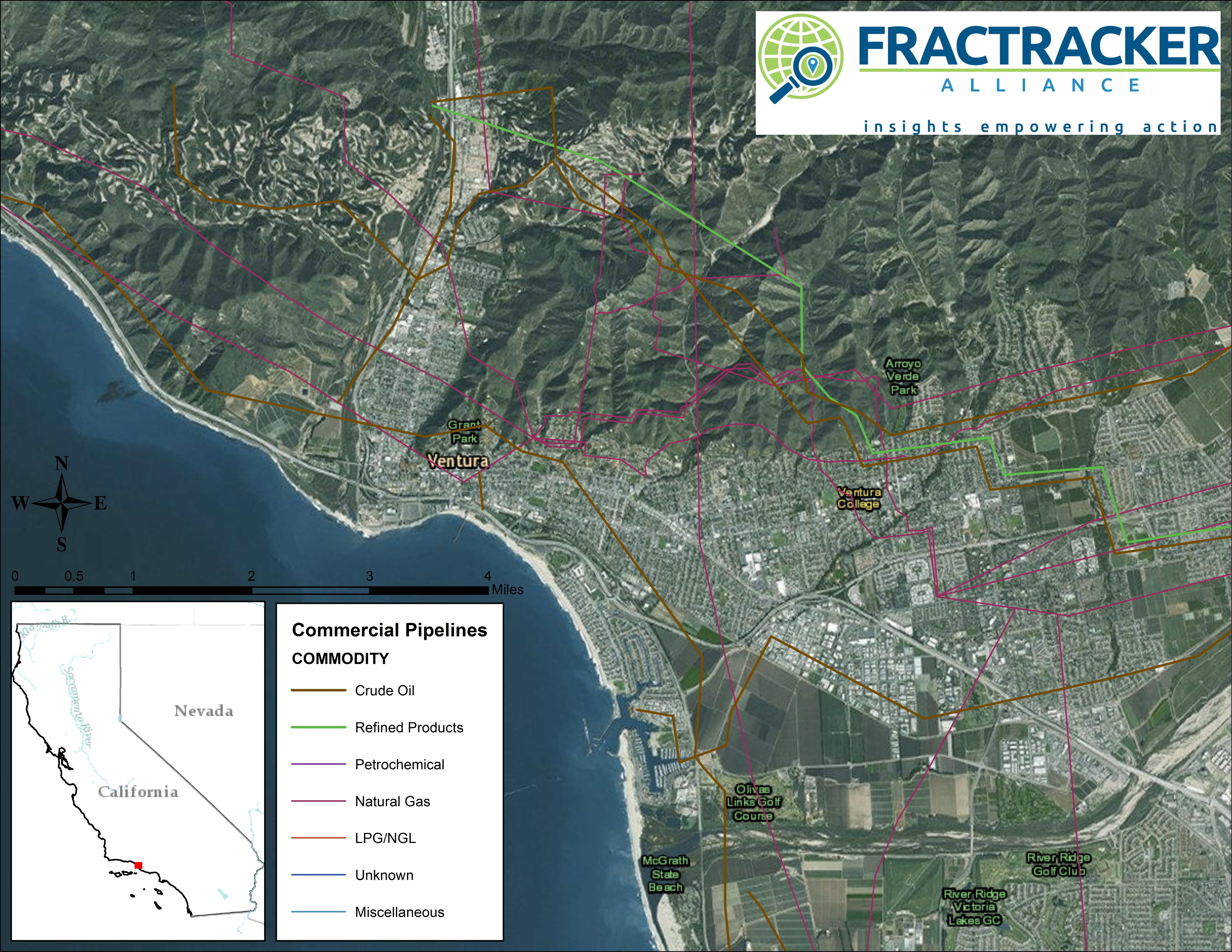 On the federal level, the U.S. Congress has repeatedly attempted to strengthen the historically weak safety and enforcement standards governing the industry, and the Pipeline Safety Act of 2011 imposed 42 specific mandates on PHMSA. At least 17 of these mandates, including requirements relating to automatic shutoff valves, leak detection, maximum allowable operating pressure, and the regulation of gathering lines, remain unfulfilled five years later.

Just last month, in a rare show of bipartisanship and with the leadership of local Congresswoman Lois Capps, Congress passed and President Obama signed the “PIPES Act of 2016,” which for the first time gives PHMSA authority to issue emergency orders to halt pipeline operations to respond to imminent hazards, and once again directs PHMSA to implement all of the 42 mandates contained in the 2011 law.

Corporations may have personhood, but that doesn’t mean they have to behave badly. After the Refugio spill, for example, Plains All American was widely criticized for being uncooperative with the local community and spill investigators.

Unfortunately, Crimson Pipeline has also raised the hackles of local officials and residents in its response to the V-10 spill, when it abruptly restarted the pipeline on the same evening company officials told residents at a community meeting that they would have advance notice of the restarting. Enraged, the City of Ventura’s City Manager subpoenaed the company for all pipeline records. In response, Crimson called City officials “naïve”, only further inflaming local resentment.

EDC continues to monitor this spill and the cleanup efforts. Any spill is damaging to our environment and puts communities at risk. The fact that this spill follows so closely on the heels of last May’s Plains All American spill at Refugio Beach is a clear reminder that we are dealing with aging infrastructure and even under the best circumstances, accidents are going to keep happening. The time to move toward cleaner, safer sources of energy is clearly now.