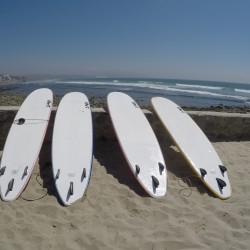 I recently developed a new appreciation for our Clean Water Act work here at the Environmental Defense Center through learning how to surf. This April, I joined a group of friends on a surf trip to Baja with the Santa Barbara-based iSurf school. It was my first time trying the sport and even though I got thrown under waves, snapped my leash, and dinged up my feet on rocks, I had a blast. But as I was out in the water looking back to shore, I noticed a pipe coming over a cliff, and I was afraid to know what kind of nasty pollutants might be in any discharge coming out of it. Driving through Mexico I saw dirty scrap yards and other industrial operations that in the U.S. would make for straightforward Clean Water Act enforcement cases. That made me grateful for the water quality protections we have at home. 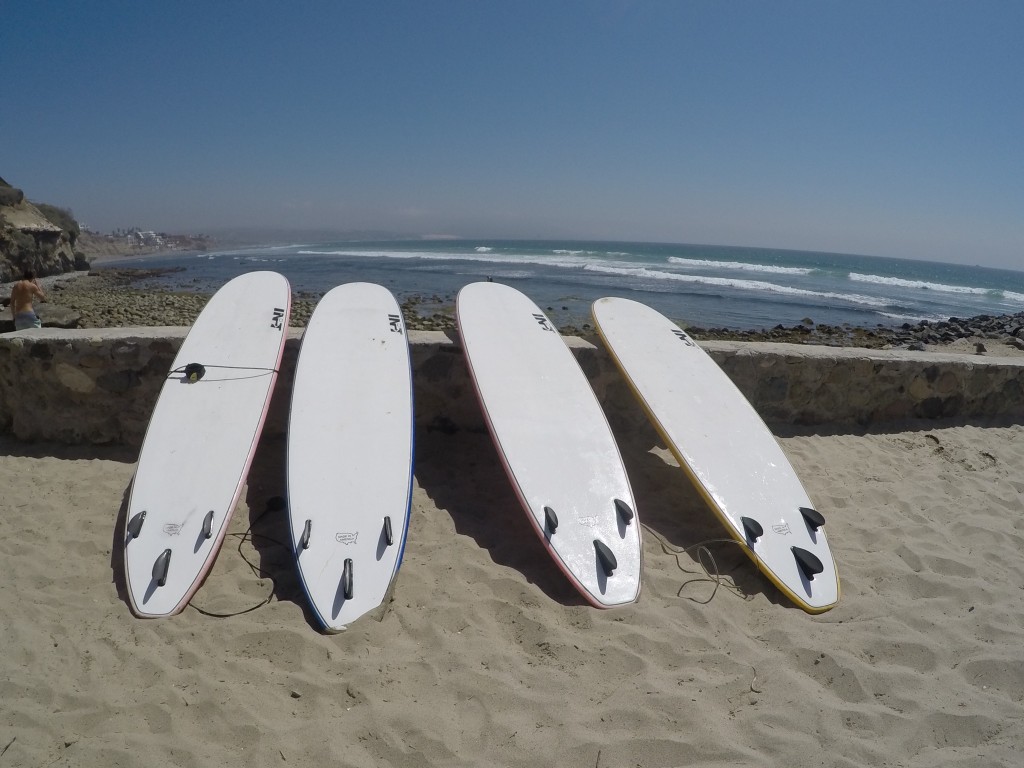 Back in Santa Barbara, I tried surfing again and—with better knowledge of what kind of pollutants may be in storm water runoff here, like bacteria, arsenic, and lead— I appreciated our water quality cases at EDC that have resulted in direct and immediate reductions in pollution of local watersheds. For example, cases reducing polluted runoff from: oil and gas fields that contaminate our popular public beaches, rock quarries that affect water quality for steelhead habitat and human health, and a scrap yard or electroplating facility discharging toxic metals.

Most recently, on May 3, EDC notified the Ventura Regional Sanitation District, which operates the Toland Road Landfill near the City of Santa Paula, of our intent to sue for violations of the Clean Water Act. This landfill discharges high levels of harmful pollutants, including arsenic, cadmium and chromium, through its storm water runoff, directly into O’Leary Creek, a tributary of the Santa Clara River. This pollution threatens the many species and communities that rely on the watershed. The purpose of our notice letter is to compel the District to implement improved technology to control runoff from the landfill to improve water quality.

In addition to EDC’s work to control industrial pollution at its source, we have been working to improve federal regulation of storm water runoff, specifically from small municipalities and forest roads. Storm water is a leading source of pollution nationwide, and results in countless beach closures annually.

In response to the settlement of our lawsuit filed with the Natural Resources Defense Council (“NRDC”), Environmental Defense Center v. Environmental Protection Agency (“EPA”), EPA has agreed to evaluate the need to regulate storm water discharges from forest roads across the Country, and has recently held a public comment period to this end. EDC’s comment letter highlighted the need for regulation to improve the condition of gravel and dirt forest roads throughout the Los Padres National Forest, including roads used to access oil fields in the Sespe, near a California Condor sanctuary. Forest roads traverse waterways and cause erosion and sedimentation that smothers aquatic life and threatens drinking water. On June 27, EPA will announce whether it believes the agency must address this source of pollution, in light of these impacts to water quality.

Also in response to the EDC v. EPA settlement, the agency has issued a proposed revision to its permitting regulations for small municipal separate storm sewer systems (“MS4s”). EDC joined comments submitted by NRDC that urge the agency to establish meaningful permit requirements to ensure that urban sources reduce pollutant discharges to the maximum extent practicable. The settlement requires EPA to issue the final rule by November 17, 2016.

In many of our Clean Water Act cases, we list surfing as an activity that storm water pollution impairs, but now that I am personally catching waves (or at least trying) and crashing under water, I feel an even more direct connection between my health and watershed health. But I still would not recommend swimming after it rains