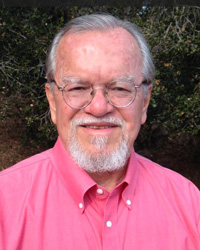 “I have always appreciated the leadership role EDC has played in the projects that have the greatest potential to impact the communities I love,” said Davis. “I am excited to join the EDC Board and help this powerful organization continue its work to stop irresponsible oil development and ensure our communities continue to take meaningful action on climate change.

Renner Wunderlich is a 35-year veteran social justice filmmaker, who received an Academy Award for Defending Our Lives, a film about domestic violence. Active on issues of social and environmental justice in Santa Barbara, Renner and his partner, Margaret Lazarus, created the film and music for the worldwide Women’s Rights, Human Rights presentation at the UN General Assembly. Renner is also a Licensed Clinical Social Worker and has worked with homeless veterans at the VA and with the Army’s Wounded Warrior Program.

“I am very proud to join the EDC Board,” said Wunderlich. “As a longtime social justice activist, I am eager to support this organization which stands at the forefront on critical environmental justice issues, working to ensure that all communities enjoy clean water, clean air and access to vital open space.”

“Both Dave and Renner are proven leaders in their fields with deep ties to the community,” said Owen Bailey, EDC’s Executive Director. “EDC, our client organizations and our precious environment will benefit from Dave’s deep experience and knowledge and Renner’s ability to help us communicate more effectively. EDC is very fortunate to have both Dave and Renner join our Board.”